I have watched Doctor Who since the 1970's (and yes I did hide behind the sofa!) For me my favourite era was Tom Baker, but I didn't know about the previous Doctors until the BBC showed one story from the them over one summer in the early 1980's. They interested me as I hadn't really seen them before and some were broadcast in black and white! They were later released on video, so I lapped them up as soon as they came out - and yes when they were rereleased again on DVD and some on Blu-Ray too, yes I have them as well!

I am often asked what I think about the 'new seasons', for me there are some very good stories in the list of episodes - but just like the original run there are poor ones too! I like the 'evil angel' stories and was very tempted to buy one of those statues you could get! The evil idea I had here was to move it around the front garden from time to time to scare people! I liked others too but have yet to watch them all.

The other question I am asked is about which was my favourite monster, this one is more difficult and has been known to vary. As a child, I liked the Daleks, but when getting older, they lost favour. For me it was always whether the monster had intelligence, so I guess overall it has to be the Master - trying to see how the Doctor would outwit him in that particular story!

As for which Doctors and others from the series I have met, I didn't see the first two, but have met all the other Doctors from the original series. I have also had the opportunity to see a number of others and many of them signed some of the Doctor Who books and records I have.

You can view one Doctor at a time and below is a list of Doctor Who stories and the media they exist on that I have. For more details of the release and story, click on the catalogue number(s). 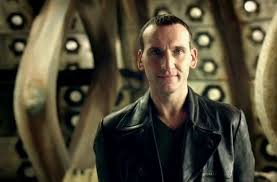 Other Doctor Who pages

All Doctor Who releases