Please find the details I have recorded for this blog entry. 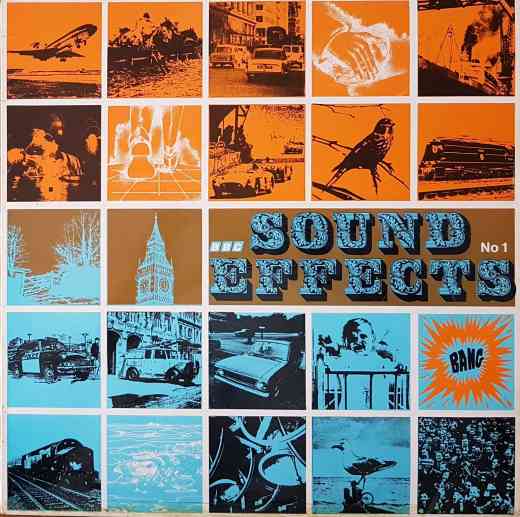 
The BBC has been recording sound effects and music for Radio and later TV for decades. Internally, they released these as vinyl records (if you search this site you will find them on a number of formats originally pressed since the 1950's.)


During the late 1960's up to the mid 1980, the BBC released 29 albums of sound effects to the general public. These sold (some might say) rather well and had the advantage that as long as you weren't a professional outfit that you could use these for your own use as much as you liked! Some were especially recorded for these records, many others came from the BBC archive and the vinyl records they had internally been releasing for decades previously.


The BBC later released CD's, the original set were not cheap, but the later set released to the masses just before the main catalogues demise at the end of 1989 were far cheaper.


The original design I have used by Roy Curtis-Bramwell has been copied by others, including most famously by The Jam, but also by an interesting set of pictures produced by Scarfolk Council (made up!) Some of the best can be found - https://scarfolk.blogspot.com/2016/12/bbc-sound-effects-records-early-1970s.html, enjoy as much as I have!